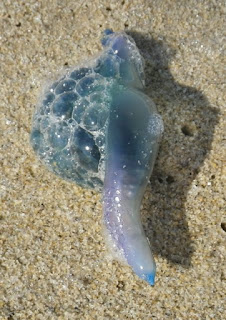 Why? Because a writing friend alerted me to a fantastic book that's just been released called 101 Vagina (even though I keep thinking Vagina101, as if it's a lesson!).

It's a book which portrays photographs of 101 vaginas with the aim to break down the taboo about vaginas and body image in general. What a fantastic idea! For me, this is a major break through for women.

I've heard of men comparing their penises, especially as children, but I have never been a part of women comparing vaginas (although maybe it's only my sheltered life!). And vaginas are a body part, like everything else, that I wonder about - is it too different? too ugly? too fat? too flabby? too long? too hairy? not hairy enough? too weird?

I have had a vagina discussion with a male who's seen quite a few...so I do know that there are all shapes and sizes and different men like different things. But I really haven't seen that with my own eyes - I just have to take his word for it! :)

Am I that brave?

101 Vagina interests me greatly. I'll have to save up! And the next book they're planning is 101 Penises. Won't they look great on my coffee table? LOL
Posted by Catherine at 12:00 AM