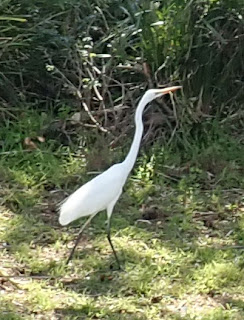 Last week I did a few bird surveys and I noticed that many birds seemed to be scarce when I was out counting, and arrived afterwards. How did they know!?! Except for the Black Swans on the river who tested my counting skills - 105 of them. I think that's more than my count for them last year.

Anyway, when I wasn't doing a count I saw an Eastern Great Egret. It was majestic. 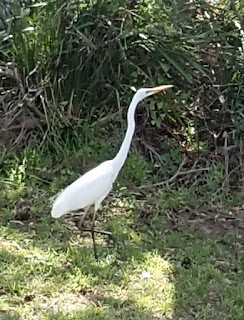 I was driving out of the carpark at the beach and it stood in the grass at the edge of the road. About 1.2 m tall, it had its eye on something and stalked very slowly towards it, allowing me time to stop the car and snap photos out the window. 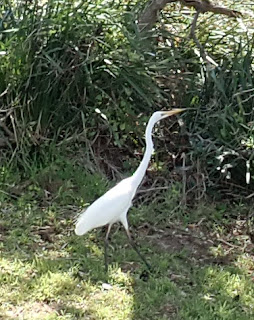 I've seen lots of the smaller cattle egrets, and I've often wondered if  I was mistaking them for the Great Egret, but now I know that there is no mistaking them. This bird stands about twice or three times the size of the cattle egrets.

And a great thing about this bird - I knew it, as soon as I saw it - and an even better thing - when I read the Birdlife website's description and it said the Great Egret had a distinctive kink in its neck, my heart temporarily sank, and then I looked at the photos again and there was that kink. I'm always excited by kinks, but this one was special! I got an id right :) :) :) 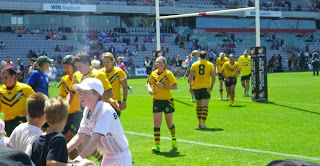 Oh, I can't wait for this. The Junior Kangaroos are young guys who mostly play 1st grade, so there's not a lot of junioring about it. There are some speedy guys - Kalyn Ponga, Reuben Garrick, Ryan Papenhuyzen, Campbell Graham, Zac Lomax. Some big clever runners and offloaders - Angus Crichton, David Fafita, Victor Radley. There's bucketloads of enthusiasm - Brodie Croft and Reed Mahoney. And I can't wait to scream myself silly - or cheer loudly anyway! 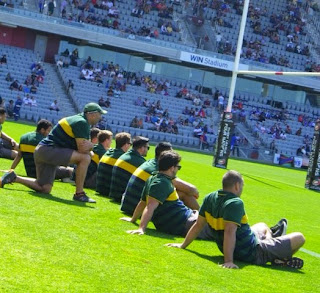 Then there's Jillaroos vs Silver Ferns (Australia vs New Zealand women's game). Last week, the Silver Ferns beat the Jillaroos in the World Cup 9s, and I don't think the Jillaroos were very happy about that. Let's see if they can fight back and take the win. There are some cracker players in both teams, so this will be brilliant! I can't wait.

And then there's the Australian Kangaroos vs New Zealand Kiwis (men's game). My favourite player has retired so I'm without a specific player to watch. I'll be cheering for the team in this one.

I love how the rugby league season has drawn out a little longer this year. Although, it's forecast to be in the 30s, so maybe the players won't be so thrilled at the drawn out season. I'm going to bask and enjoy the games.

It's the week for counting birds, of the feathered kind, if you're in Australia.

This is a really easy and fun thing to do.

Download the app, sit outside for 20 mins, and record the birds you see and how many of them.

If you're not sure about birds, there's a handy look up system, with photos and location maps.

The app sends the data in for you after the allocated time is done (there's a counter). Or you can log in on a computer and send your counts through that way.

Up until the 27th October, you can sit outside in 20 min blocks and claim you're doing science - a citizen science project. That's almost like working!

How many birds have you counted? 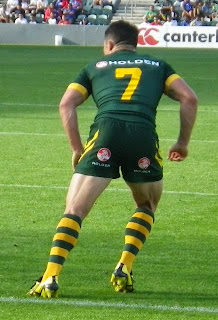 To me, it's writing that is primarily centred around sex. So much so, that if you remove the sex from the story, there is no story.

It doesn't have a specific genre or literary component to fit. It can stand alone.

Sex is a fascinating way of looking at humanity and making comments on society. If you're interested at all, come along and join in the discussion.
Posted by Catherine at 12:00 AM No comments: 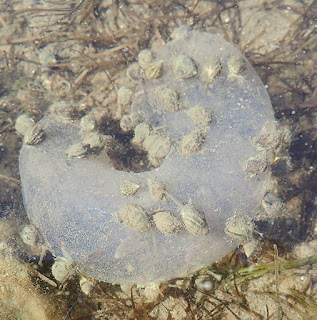