I'm so excited! I just got my rights reversal notification out of the letterbox for A Real Online Fantasy, my first published ebook, which means I can show you the stunning cover Patti Roberts from Paradox Book Covers and Formatting (or find her on Facebook) created for me.

A Real Online Fantasy is going to be re-released.

If you've read it, you might remember that Condamine's fantasy is the story. And since it was a short story with the Hot Down Under group, the word count was limited, so I could only ever have her fantasy.

A reviewer commented that they wanted his fantasy too - which is a valid comment, if there's a longer word count - and so I've written extra to include his fantasy.

And since the cover is so incredibly hot, I'm thinking I need to write more parts... but there are so many stories to tell... I don't know what I'll do!

But behold... the hottest cover that I love so much.

A Real Online Fantasy Parts 1 & 2 will be available in ebook and print soon (fingers crossed I can manage that!) 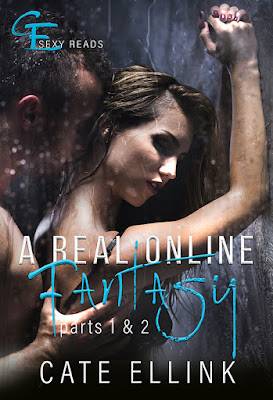 Posted by Catherine at 11:41 AM No comments:

This incredible article was on the ABC news website last Friday, it's about a doctor in Australia who is reversing female genital mutilation.

I didn't even realise this was possible, and yet it's been around in France for 15 years. Sadly, there are few surgeons who have learned the techniques. But it seems that those who have done the training are truly beautiful human beings and are about caring for all.

This article is so moving at the same time as it is horrifying.

The moving part is about the doctor and his quest for helping others. The fact that other surgeons go to Africa to help people there. The fact that the first woman to receive assistance in Australia has had such a life-changing experience. The way this article is written to give others information.

The horrifying part is that Female Genital Mutilation happens. That it is not only a cultural practice but one practiced because of religious beliefs too. That doctors perform this on young children. That women think it's fine to do this to their baby. That some women don't even know this procedure occurred. That surgeons don't seem to think it is worth doing this training, or discussing this procedure, or helping women.

I hope all forms of genital mutilation can one day be stopped, and used only as a medical procedure when a person is suffering. 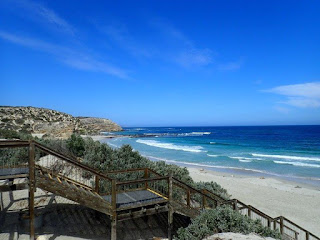 Do you hear people say, "Trust the universe", or "the universe has your back"? I always have heard it said. I thought I understood what it meant. I thought I did it too, mostly. But lately, I've been hearing it more and being challenged in how much I trust the universe. This is an odd feeling for one who thinks they do it anyway!

When I trust the universe, I usually get signs, or synchronicities, to show me that I've done the right thing. That all will be well.

Do you ever get signs from the universe?

Maybe you see numbers repeating. You might open your iPad, or flick on the phone, and see 1:11 or 22:22 or 13:13. Or they'll be on something you drive past, or catch on something you glimpse.

Maybe a name gets repeated. You meet someone who changes your life in some way, and their name pops up over and over. In a character you read, in a salesperson, in someone new you meet.

Maybe you talk about something to someone, and then that thing happens. Out of the blue. Completely unexpected. This one happened to me this week. I spoke to someone about fruit bats - I'd raised them, he knew someone who had too. Some hours later, I had a fruit bat crash into my back verandah and I had to help it on its way. I've lived here 11 years and this is the first fruit bat that's crashed into my place, although they do fly over a lot. Weirder still, it was a juvenile fruit bat at about the size they're released after you raise them. I stood there in shock - it's a fruit bat, after we spoke about fruit bats - but no one else seemed to find that significant. I did. It was the universe telling me I'd done the right thing, even though it seemed odd.

Does this happen to other people? Does it happen to you?

Mostly I've heard people mention this associated with loss of loved ones. For example, rainbows are often a sign people see where they'll say, "XX sent me a rainbow, so everything's going to be okay." It's beautiful when that happens. I've heard it said about rainbows, flowers, animals, cloud shapes, even food. It makes me smile every time, but most especially when it's someone who I'd never have picked to say something like that.

I seem to be having quite a discussion with the universe lately. I just hope I'm interpreting the signs correctly! But I'm trusting the universe will clunk me on the head if I go totally off-course :)
Posted by Catherine at 12:00 AM No comments: