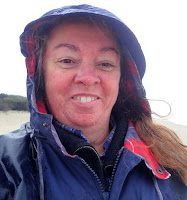 It's winter here, and some days have been raining, cloudy and miserable, so to console myself, I go beachcombing rugged up and looking like the blue Abominable Snowman!

But after wild weather, there are some nifty things that wash up on the beach. Here's a sample of what I've found in my most recent trip.

Do you like beachcombing? Or roaming in the rain? 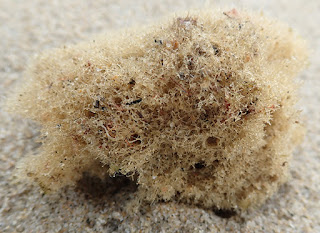 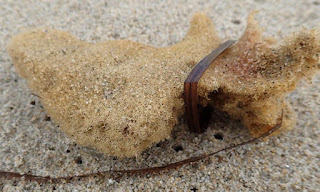 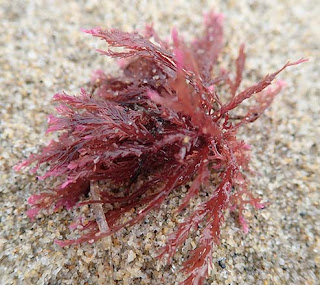 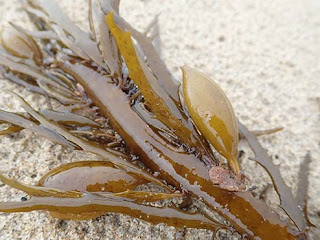 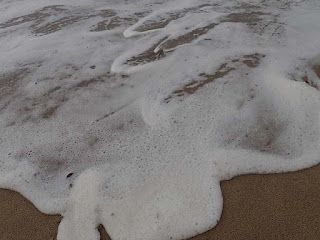 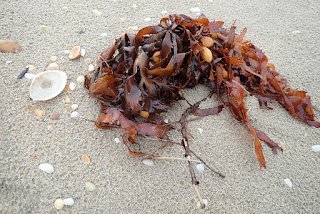 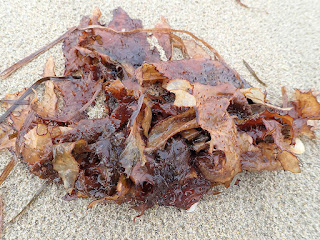 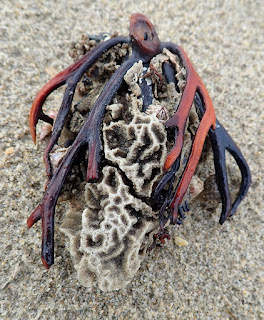 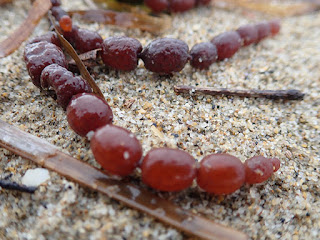 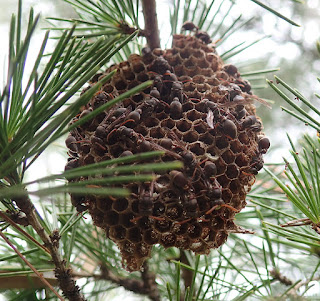 I think these are wasps and a wasp nest in my spruce tree - but...I could have everything wrong!

Sometimes looking these things up really deflates my belief that I have some knowledge of the natural world!! And I always wish I paid more attention to the creatures and got right up looking at them, taking notes, while I shot the photo!

So, the Australian Museum has a lot of information on wasps, which you can find here, and then finishes with this (and that's where all my doubts come from):

OMG! I saw this last weekend on the news.com.au website and I had to share it. You can find the article here.

Oh, no batteries ... and no scratching from the gems. They've thought of everything! Here's a snippet from the article:

"The vibe, Mr Burn says, is “weighty” — weighing about a pound — and runs on two hand-engineered motors. Its platinum body is covered with 2,000 diamonds, some royal-blue sapphires and “very rare” pink diamonds, all provided by Russian diamond merchants who are backing the product. (Don’t worry, you can’t get cut on the gems. “They’re flush-set,” Mr Burn says.) The lucky user twists a platinum key to get it started."

He says he created it because he wanted to "...create something that shows the value people place on sex". I'm not quite sure how to take that comment. 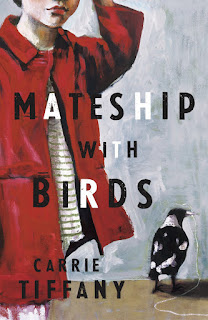 It was my choice of book for Book Club this month, and after telling them about my award last month, imagine my horror when the book is about sex!

I chose Mateship With Birds by Carrie Tiffany because it has won the Stella Award a few years back (2013), was shortlisted for the Miles Franklin Award, and had been on my TO READ list for quite some time. But over the years, I'd forgotten what it was about. I just saw it on the list and ticked it as one of my selections, which is what we do in our book club.

I've been struggling to read lately, months actually. It reminds me of the period after Mum died when I also struggled to read. A very good friend died towards the end of last year and my father-in-law recently, so I'm thinking it's a similar reaction. Plus I spent so long last year sick, maybe there's a reaction to that too. I can't explain in - but it's a bother to me because not only does it stop me reading, it's affecting my interpretation of those books I have to read.

Anyway, back to this book.

It's set in the 1950s, in Australia on a dairy farm and has a lot of focus on birds and nature. All things I should be loving. And yet I struggled to read this. At times, I devoured chunks, and then got brought to a halt. There were confronting parts to this story, that was in other ways quite gentle. And maybe that's the point of the story. Life isn't all roses. It's made up of horror, shock, crudeness, revulsion, lack of knowledge, floundering, beauty, sweetness, gentleness, kindness, cruelty...and in the mundane every day tasks we often do unthinkingly, there are elements of these too.

A proportion of the novel is about sex. It's bluntly written, with a distinct uncomfortableness, which reflects the character, Harry. Sex is written in a style which seemed quite well portrayed for Harry who is a dairy farmer who I guess is in his 40s or so. He's a naturalist, a farmer, but was uneducated in the ways of romance and human sexual relations prior to his marriage when he was 33. It had disastrous consequences for him (ending in divorce), so he takes the opportunity to share his knowledge with his young neighbour, Michael, who is just becoming interested in girls.

There are some cleverly written sections, but this one had me bursting into laughter.

"The internal skin of the female organ is pitted with oil-producing glands that release on arousal. In my experience a slight dampening is the usual state of play, but this particular afternoon Edna was irrigated full-bore." (page 120)


Later in the same section (a letter to Michael), when explaining female lubrication, Harry writes:

"Is it water? No. It's thicker than water, but thinner than oil. And it doesn't wash away with soap. Sticks to the skin so the smell (muddy) can be carried for days - especially on the pads of the fingertips and under the nails."

The characters in the story were difficult for me to like, however I felt they well depicted country people and I imagine how things were in the 1950s. I thought Carrie Tiffany did a good job with drawing parallels between humans and animals, and showing some of the horrible traits that were human alone. I felt there was a thread through the story where sex and death were shown as 'normal' parts of animal life, and yet were hidden and brought shame in human lives. I just wonder if that was a thread others found, as when I looked at reviews I haven't seen that mentioned although there was lots about anthropomorphising and the animal-human interaction.

This wasn't a comfortable or easy read, even though the book is rather small. It packs a punch, which I guess is why it attracted the attention of those judging literary awards.

Unfortunately I won't be able to be at the book group discussion on the book. I'd love to know how others found the story.
Posted by Catherine at 12:00 AM 2 comments: