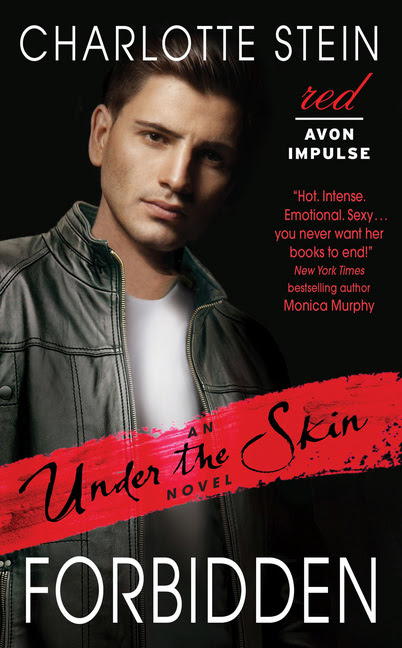 I am such a Charlotte Stein fan after being pushed her way by Ainslie Paton and Rhyll Biest, and her latest book, Forbidden, landed on my iPad even though I tried to resist. I blame Ainslie, who wanted to talk to me about how good it was!!!

And it is. It's so so so so so deep this time that the girl speaks funny and you still go with it! And CS never drops out of voice. It's amazing.

It's the type of book I have to read in one sitting though so I get the whole picture without break...plus it's rude when someone's talking in your head to stop them! (Please don't say I said that! I sound mad).

This is the sexy priest book that CS had tweeted about. Being raised around priests, this has always been an interesting subject for me, especially after I was banned from The Thorn Birds in my youth (not that a ban meant anything to me except I had to be sneaky and read fast).

I know this is unbelievable, but when I was about 18, I cooked for a weekend retreat for a bunch of guys who thought they wanted to be priests. (Please don't ask why my parents let me cook for a weekend live-in retreat for 20 men - and me, on my own!!) The guy running the weekend was a family friend and a priest (which is why I was there) and he jokingly called me "Mother Confessor". I had guys in the kitchen constantly. They were all in their 20s or so, and they talked. I heard about girlfriends they said they didn't have. I heard about sadness, broken hearts, unhappy childhoods. Lordy me! I could tell you who would make it through and who wouldn't - or shouldn't. It was an astounding thing to be a part of.

Anyway, the latest Charlotte Stein book hit a chord with me. The dark sexy priest who tried to help a girl filled with the devil! Try it...I doubt you'll be disappointed!
Posted by Catherine at 12:00 AM