We've talked about taboos. And discussed how some subjects (e.g. In The Romance of Lust, which was written in the 1870s, the main theme is incest) and how reader perspectives change with time. One participant noted that 20 years ago she may have just felt it was ick, but now in the time of #MeToo and the prevalence of child abuse discussions, it made her sick to read it. I wonder if it would even be published today?

These conversations have been so rewarding, thought-provoking, and fresh. I don;t think I have words to describe how freeing it is to sit around and discuss sex scenes with people who are keen, interested, and have well-thought-through opinions on sex in society and in literature.

We haven't done any writing or sharing as yet. So this week, I've a bunch of writing prompts to kick us off to writing our own sex scenes.

But I ran into an issue with getting prompts. Sex writing and reading and inspiration has become so accessible with computers and devices, that I didn't really think through the whole issue of how to have photos available, sitting on the table for inspiration. We don't have any photo places near us, only big stores with photo kiosk things. And those touch screens you have to use to get your photos printed...well, everyone sees them. See my issue?

I wrangled it so I could print when Mr E was with me. We could then both stand in front of the screen so no one accidentally got an eyeful. But he's hasty, and he clicked on the T&C before I could read them, and I blurted out (in a hushed whisper), "Wait, I wanted to check it was legal for me to print these." I thought Mr E was going to bolt. But he hung in there, and I hoped that our covering up the screen and the printing collection box, would keep us out of trouble. And it did!

So, I'm off to the workshop armed with writing prompts!

And next Friday, I'm doing a workshop on Shame with Lee Kofman as part of the Wollongong Writers Festival. I think I need to work on my shame!

Popped down to the local rockpool for a swim and a snorkel. I like the rockpool for the first season snorkel just to get my shit together and make sure I remember what I'm doing, without the fear of drifting out to sea! LOL! Plus I always kid myself that it'll be warmer then the ocean - and it never ever is (even if it is filled by ocean water - go figure that!)

So, here are the photos from Monday's swim. And you know I'm not going to have any clue what these are, right? :)

Let me pop in the links for this sea slug:
There's a picture here: https://www.atlasobscura.com/articles/sea-slug-nudibranch-census-australia-citizen-science
Oh, the thing I saw was much bigger than they say this grows to (40mm)... there is a C. ordinata and maybe it's that. I'll see what any of my books show. 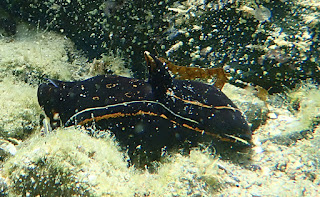 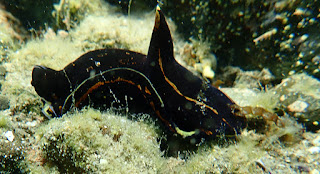 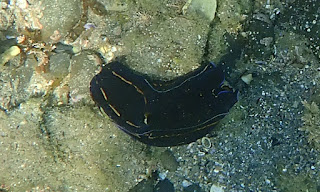 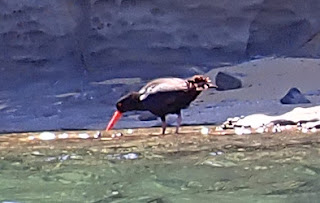 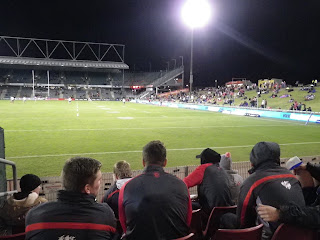 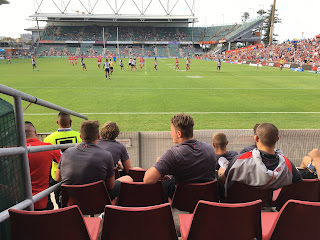 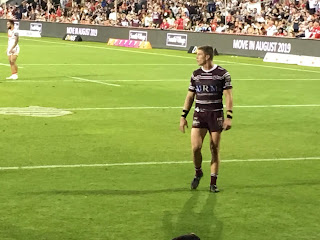 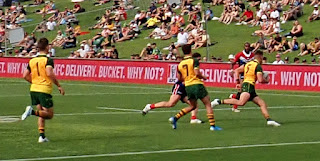 Last week, I stood beneath a banksia tree where a family of Yellow-tailed Black Cockatoos were feeding. A youngster were squawking at full volume while its parents were feeding. Then one parent shoved a bunch of food in its beak and silence fell!

A couple of people came past and the family flew off, right over my head.

Birds in Backyards have info here.

There's a few YouTube videos with them feeding and calling. There's one here. When they screech, sometimes it's like someone is being killed!

They are magnificent birds, who visit here each spring-summer. 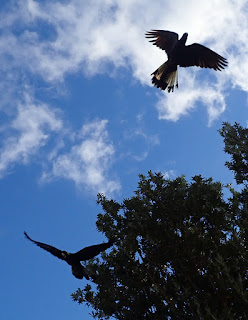 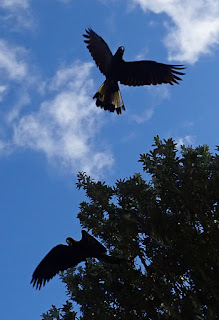 
I had a brilliant day at the footy last Friday. It was warm, but there was a nice cooler breeze, and we had a few passing splatters of rain but not enough to worry you.

Three games of football where the Junior Kangaroos beat France (62 - 4). This was a fabulous game if you were an Aussie. It gave the younger guys a great opportunity to throw the ball around, make connections, and experience the exhilaration of playing for your country.

The Jillaroos beat the Kiwi Ferns (28 - 8) but it seemed a much tougher game than the scoreline suggests. It was so good to see a good crowd to watch that game too. And afterwards, the girls walked around the ground and were in high demand.

Before the game, during the National Anthem, I got tears in my eyes. It was so moving. Women playing NRL, a woman refereeing, and female ballkids too.


The Kangaroos beat the Kiwis (26 - 4) in a game that I thought was a bit flat. But I guess I'd just seen two incredible games, and this one was a bit more of a stop-start affair. But it was great to watch some of the tough defense and the mad skills of Latrell Mitchell and speed of Josh Ado-Carr.

Before the game, the National Anthem was sung and goosebumps this time. The crowd of ~18 000 people sang. This rarely happens at the Rugby League, and it was such a moment. WIN stadium was filled with voices, pride, and possibly a few who object to the wording. I wish we could find wording that everyone could be proud of. That's one thing NZ do well with the Maori version of their anthem sung first and then the English version. It's incredibly moving.