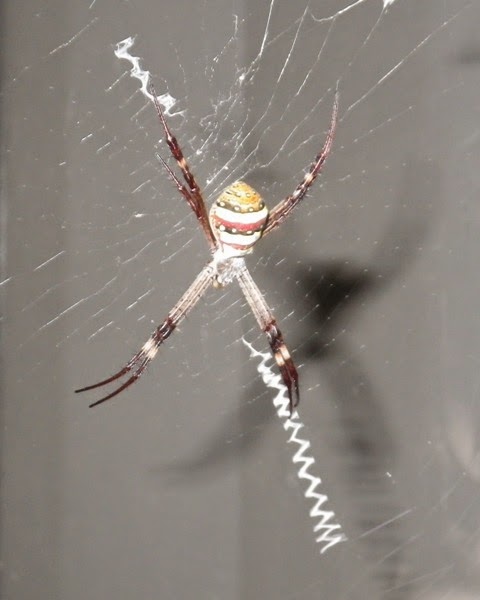 This morning in my yard was this beautiful spider - and a few of his friends.

I think they're the Golden Orb Weaving Spider, some Orb Spider anyway :)

They make a web between tree branches where insects might fly, and feed off what they catch. Prey items include flies, beetles, locusts, wood moths and cicadas. Sometimes their strong webs manage to trap small birds or bats, and the spider will wrap them and feed upon them (my spiders have not caught anything that huge!)

Although, in the Homebush Bay mangroves when I was younger, there used to be hundreds of webs thick through the trees at some times of the year (before Easter is what I'm thinking) and I imagine these huge groups of spiders would have caught bigger prey. I was always worried they'd catch me!!