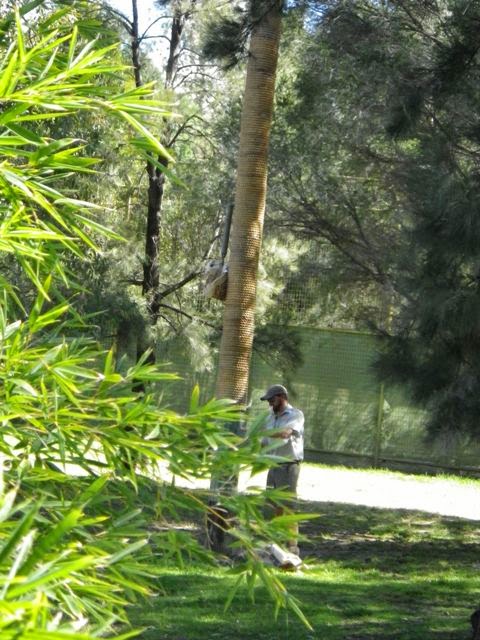 Still on zoo animals, today is the Tiger. One of the things zoos are doing in recent years is using natural animal behaviours as a way to stimulate their critters, and often this works around food and feeding.

Six years ago I did a behind the scenes tour at Canberra National Zoo and Aquarium, and this feeding stimulation was becoming 'vogue'. Now all the zoos are doing this. And I have to think it's a good thing.

So, at Dubbo, to stimulate their tigers, and to thrill the visitors, they have erected a tiger climbing pole, which isn't too dissimilar to the ones people have in their lounge rooms for their cats, just a tad bigger!! 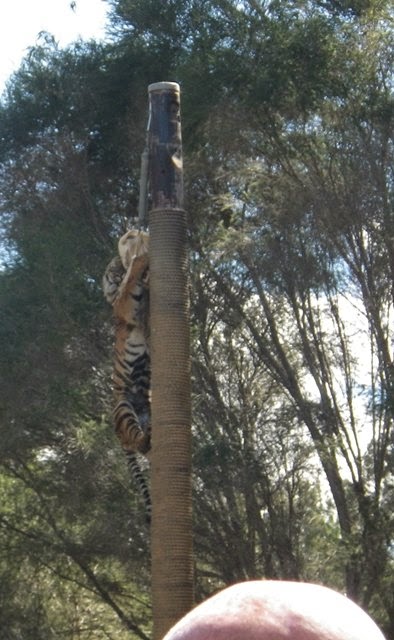 On the pole is a pulley thing, that can be lowered so the keeper can attach a hessian bag of meat. He then cranked the bag up to a specific height. The tiger we saw was their largest male and he could go right to the top. A smaller female would go about 3/4 of the way up. You can see how tall the pole is with the keeper on the ground placing the food (and never fear, the tiger was out of the exhibit, out the back impatiently pacing and panting).

When the tiger entered the exhibit, he stalked around a bit, scenting the human who'd dared to enter his territory, and then he found his food. It took him no time at all to leap up the pole. His speed and agility were magnificent to see. Then he started gnawing at the bag. He didn't pull the whole bag down, nor get all the meat, he got a small piece and then came down the pole to eat it.

When tigers climb, their claws extend to allow them to grip. Coming down, the claws dig in to give them the slow, controlled descent they need. Then about six foot from the ground, the tiger turned his shoulders, retracts his claws and leaps from the pole to the ground - meat in his jaws. He then sat to eat before having one more attack on the bag, before I had to leave.

The keeper gave a fascinating talk about the tiger, habitat destruction, and the future for tigers (which wasn't great) but I couldn't stay for it all. Next time! 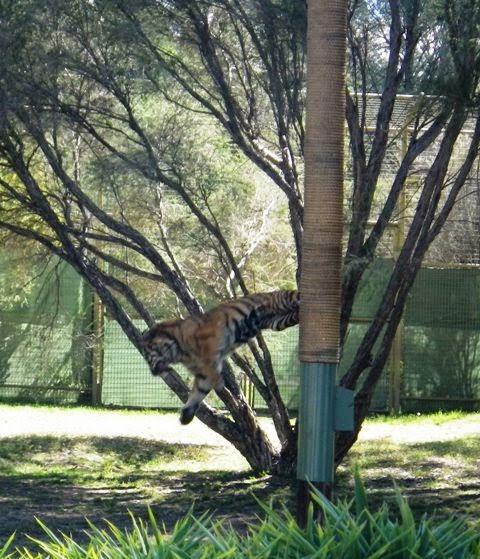 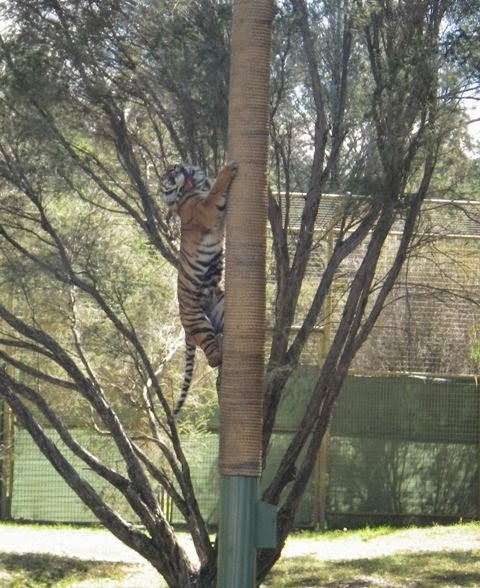