Continuing on from last week with my Zoo themed animals. Today, there are giraffes. Giraffes have always been curious creatures, but they've never really captured me to the point where I am amazed by them - until the other week.

I fed giraffes at the Canberra Zoo six years ago on a Zookeeper for a day tour, and randomly at Dubbo a couple of years ago when a giraffe was happy to eat grass across the fence, so it wasn't the feeding that caught me, although we did that!

It was the quiet dignity, the graceful silence, and the serious intelligence that caught my attention.

Our lodge looked out over the 'African Savannah' where four giraffes roamed with zebra, water buffalo and eland - along with some Aussie natives like kangaroos, rabbits and a host of birds. Quite close to the lodges were the stands where the giraffes feed. Hay is put up high, under shelter, and the giraffes can graze at will. When we left for dinner, and it was getting dark, there was quite a bit of hay left in those baskets. By morning, they were empty. This isn't too surprising except I never heard a peep. I didn't hear them walk by, I didn't hear them chew, rattle the basket, pull at the hay. Nothing. I heard the African Wild Dogs fight, and they were some distance away.

I was up at dawn (me, the non-morning person) and sat wrapped in a blanket with a beanie (channeling the Beanie Queen) for at least 90 minutes and if I wasn't looking, I would never have known those giraffes moved.

They were like goldfish. They moved constantly. It was rhythmic, soothing, calm and peaceful. I was so incredibly impressed by the animal that I bought a stuffed toy to remind me of them. To remind me of their complete calm. The way they rhythmically move through their day. The way they let nothing phase them. That they just saunter up to food, nibble silently, then move away. The way they check out something, quietly, calmly, with great dignity. 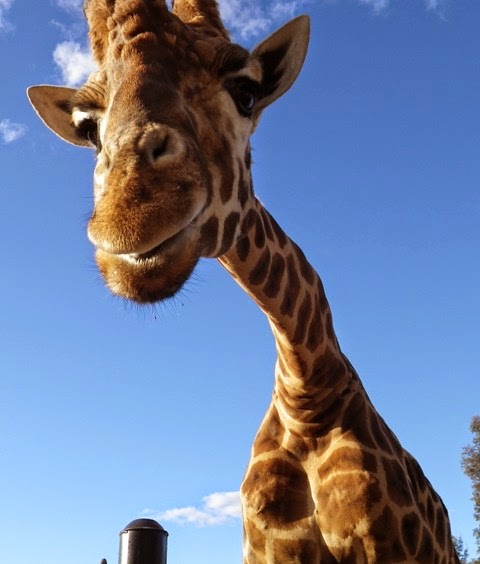 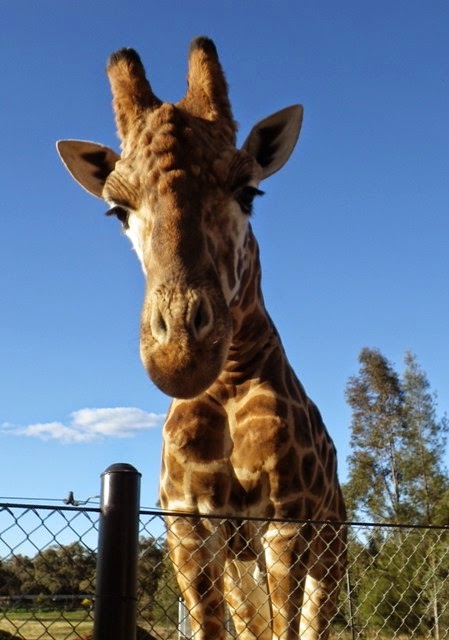 I want to be like that. I want to develop the tranquility the giraffe showed me. The closest I ever get is the duck analogy, where it all looks okay on the top but underneath the legs are going like trains. And that's not helping me. I want the giraffe, not the duck. I want the complete chill package. 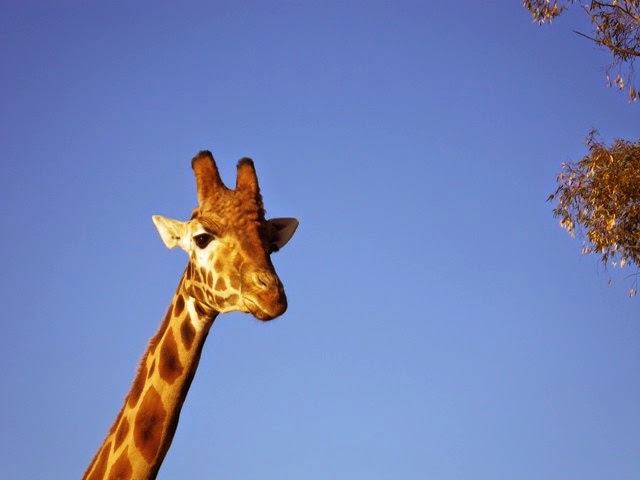 I thought maybe I had been overcome by the morning, and had missed the stress and tension of the giraffe, so I had a chat to our tour guide, Rachel, who happened to be the giraffe keeper. She had been working with giraffes for a few years, she said, and she'd never once heard them make a sound. They had a new baby giraffe and during the birth she never heard a sound. She doesn't hear the mother make any noise to the child. She wondered if maybe their sounds were out of our hearing range, which could be possible.

She also told me of a video of a giraffe birth that the Australia Zoo put on YouTube, you can watch it here. She told me that within 30 minutes, the baby giraffe is up, walking and drinking. The common view is that the giraffe is born and dropped from the mother's leg height (rather than the mother lying down) so that the baby takes it's first gasp of breath quickly, so it gets a quick start on life (you know, before the lions or tigers eat it). She told me that giraffes never lie down, and only sleep for a few moments (maybe 20 minutes, but don't hold me to that because I forget exactly).

So, my mission in life is to be more like a giraffe - calm, collected, and quiet. 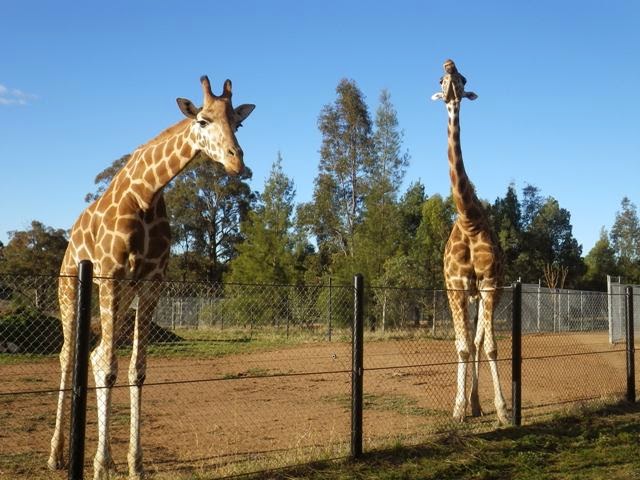