Sunday Story - Growing up vs the Peter Pan complex 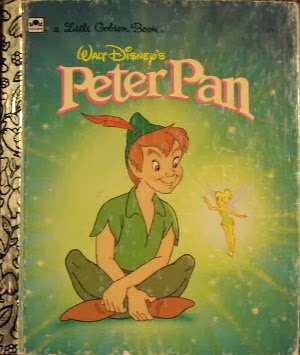 You know how Peter Pan never grew up... I'm having the same issues myself. I'm hoping I'll ditch them after tonight when the Rugby League World Cup final is done and I can ditch my obsession (I'm sure you're all hoping for the same!) but I'm a bit worried. Let me explain...


Some years ago, an in-law fell in love, which isn't too strange but he was in his 70s and so was his new love. It was an uncomfortable courtship for those of us watching. It was like a teenage romance with lots of giggling, hand holding, kissing and other public displays of affection.

I struggled to understand how love didn't mature and how they still acted like teenagers at such an advanced age. I talked to my dad about this, and he wisely pointed out that the last time they both fell in love, they were teenagers (they'd both lost their long-term partner only in recent years). So this way of loving was all they knew and you revert to what you know.

It sounded like a sane reason and I bought it even if I didn't understand it.

In my early teenage years I was totally infatuated by Peter Sterling, a football player. Every article on him, I collected. I bought magazines he was in. I saw every game I could. I wrote tortured poetry. I'd take my sister (younger than me and cute) to collect autographs, or I'd just stare at him, because I was so captivated. I wanted to know him, be near him, be his. But he was a superstar and I, a nobody. He was mid twenties and I a teen. I loved from afar. I never met him and then he was injured and retired. I had a friend who gave him my tortured poetry, which almost made me die of embarrassment, and I received an autograph and note which I treasured for years (and probably still have).

I'm no longer a lusting teenager. I'm married. I've been around a bit and know a lot more about life and love. I've had lots more infatuations with superstars that came and went but none like that one with Sterlo (oh, and now he commentates on TV and yes, my heart still flutters!).

In 2012 something happened. I watched Cooper Cronk play the grand final. I'd seen him play before on television and also in previous grand finals, live. Nothing about his play made a huge impact on me until this game.

Maybe it's because I was writing and thinking about stories that I thought more, I don't know. I just know something happened during that game. I was infatuated by how he played. Infatuated by his legs, his hands, his passing, his direction of the play. I wondered how you'd meet someone like that...and I invented a story, Deep Diving.

To flesh out my hero in my story, I began to hunt around on the Internet for information on Cooper Cronk. I merged the information I found with my imagination to create my hero. In doing so, I lost the ability to separate fact and fiction and somehow I took myself back to my teenage obsession. Except this time with Cooper Cronk (poor man).

In the last thirty years there has become so much more fodder available for a 'stalker' like me. There's Google, but also twitter, Facebook, Instagram, tumblr, et cetera, et cetera. And not just information on him, by him and about him. You can 'stalk' teammates and you might get the tiniest sliver of information about him.

And yes, I do know that if I started really young (probably when I was lusting after my previous footy guy) I could be his mother. I know I'm too old to do this. But oh my god, the world is teaching me a lesson... I've  reverted to my teenage self.

Just the other night when I was up until 4am to watch a football game he was in. He scored a try sliding flat on his stomach...just like Peter Sterling in the 1986 Kangaroo team.

Cooper Cronk has merged with Peter Sterling in my head. And since I still have feelings for Sterlo so long later, I wonder if in my 70s I'm going to do this again. Oh lord, I don't think I can handle that! Creepy enough now. I'm creeping myself out.

But as my dad explained before, the last time I did this, I was a teenager and this is how I knew how to fall in love/lust/whatever this obsession is.

And to Peter Sterling and Cooper Cronk, I'm sorry to have dragged you into my strange, strange world.

Does anyone else have these kind of ridiculous obsessions? Please?! :)