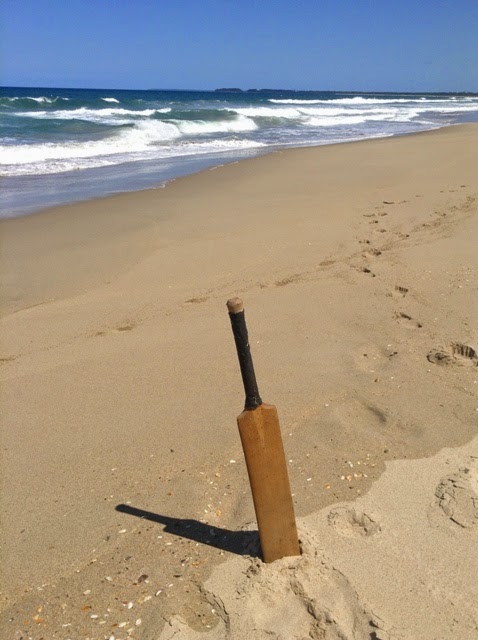 I played cricket at school and we're a cricket mad family, so it was quite shocking to see a young man killed playing such a fabulous game this week.

The tributes have been incredible. Such an outpouring of emotion from so many people. It's incredible to see. And a tribute such as the #putoutyourbats, allows everyone to mark the passing of a batsman - even if you have never met him. It gives you the chance to make a statement, to grieve, even when you have no place to do so.

The Australian Cricket Captain, Michael Clarke, has shown such amazing leadership, such honesty and raw emotion. I've always admired him but this week he's gone so high in my esteem. A true hero, who doesn't hide his tears, his grief, and his loss.

The other heartening thing I've noticed is the outpouring of support and care for the poor fellow who bowled the ball. I hope this continues.

It hasn't been a good year in the sports I follow. Earlier this year a young man was left a quadriplegic after a rugby league tackle. You play sport never expecting such injuries or death. We should never take life for granted.

RIP Phillip Hughes
Posted by Catherine at 12:00 AM