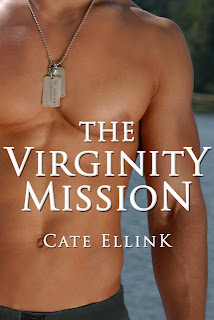 I don't really know! I thought it was explicit sex scenes where you don't use euphemisms but names of body parts, where sex is described fully, and where sex is a vital part of the story line. But maybe I'm wrong.

The Virginity Mission is fairly tame with the sex - but she is a virgin. I don't know about you but I didn't take to sex like a duck to water. It took me a while to get the hang of being wild. There's so much to learn first up.

In a way, I'd like normal sex to be accepted in every novel, but I think people would be too shocked. For that reason, I believe it still needs a label as a warning. Too many of my family/friends struggle to read my sex scenes because they can't handle that I wrote them (or wrote about sex).

I think we're still in a world where sex is strange, something behind closed doors, never to be talked about - and I'm talking missionary sex here!