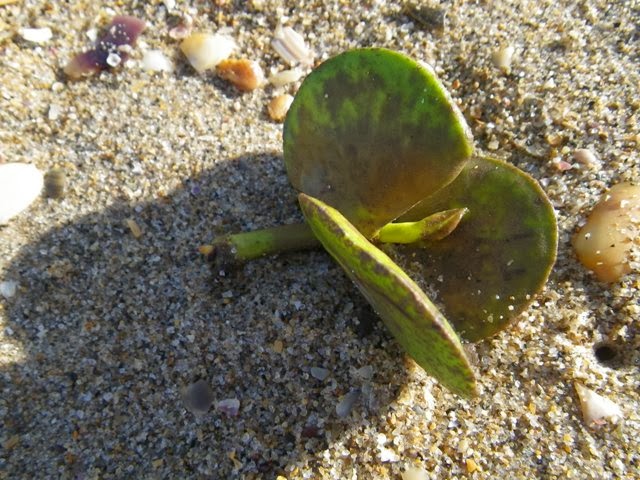 I'm a huge fan of mangroves. Mangroves grow in the rivers and estauries of coastal Australia, but not where there's surf. There's a huge expanse of riverine areas in which mangroves can grow, but often they're knocked down to enhance the view for people, which usually leads to river degradation, erosion, and other problems. They're a vital part of the estuarine/riverine environment.

I grew up in Sydney, but we lived near a creek that ran into the Parramatta River. When I was a kid, there was still space to run around and it was safe to do that. So I spent a bit of time in the magical mangroves, getting my feet swallowed by stinking mud, climbing in the trees, racing around the space.

And my Dad's family are fishermen - not as for work, but for pleasure. And as I grew older and was allowed to go fishing, I learned that the mangroves were breeding and feeding grounds for fish.

Then in 1988, the bicentenary year for Australia, in my mangrove playground a giant park was created to preserve the mangroves and educate people about them (that wasn't the main aim, but for me it was the most important feature). I was at Uni, so I volunteered at the park as a sort of work experience. I learned so much about mangroves. I helped take kids on trips into the mangroves where we did bark rubbing, scooped the water with nets to find small fish. I helped in the education unit where we had fish tanks to show kids what grew in estuaries and mangroves - fish, shrimp, seahorses, hermit crabs, etc. - we had a touch table of sand and shells, sea urchins, mangrove seeds, leaves. It was a dream job. If you're in Sydney, pop into Bicentennial Park at Homebush Bay (oh, it's right near the RWA conference location!)

Then in 1988-89, I went to the Daintree and did some scientific work in the tropical magroves. Some of that work I included in The Virginity Mission. I loved it, but unlike Mac, I didn't get a job up there!

I'll share a bit of the strangeness of mangroves -
If you want to know more about mangroves, try this website for MangroveWatch