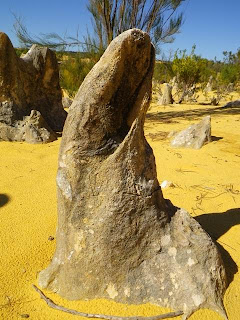 This is a topic I keep coming back to because people  have such a strange reaction to sex, and it confuses and confounds me. So I keep writing, hoping to one day understand.

What was the person expecting? A sweet romance?

I've seen a few other girls in the same series receive reviews criticising the story for having too much sex...wonder what these readers expected they were buying?

And this is the thing...people are uncomfortable with sex. Reading it, writing it, talking about it. But I've been finding, in my real life, that if I break the ice just a tiny bit, sometimes others dip their toes in.

Tonight at bookgroup we'd read "The Household Guide to Dying" and there was a line in there that made me laugh as I was crying. Debra Adelaide is writing about a woman who has cancer and is in her last days, and she's thinking of her husband and wishing they'd had more sex because for the last 3 years, she's been so focussed on fighting cancer that sex didn't feature. The line says, "Or what about his glorious cock, its satiny folds when at rest, the smooth tip that remained like silken velvet despite years and years of friction."

I was crying reading the start of the sentence but by friction, I was snorting with laughter. So I took the line to book group and asked if they minded if I read the rude bits. They giggled. I read the line. More giggling...and then we discussed. We didn't discuss the poignancy, the memory of the woman. No, we discussed whether or not the friction caused the smooth tip, or if it would be like that without friction. Funny!

And I felt there was a victory. Even if it was tiny. One day they might even read a Cate Ellink story :)
Posted by Catherine at 12:00 AM