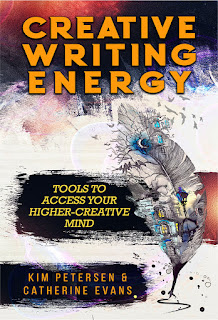 I'm just back from the annual RWA Conference, this year it was in Melbourne. It's such an incredible weekend of information, friends, networking, catching up on industry news, meeting people, talking, and all sorts of book/writing things.

This year I had a mission. As the other me, a friend and I had a book out - for writers. So I planned to do promo and generate some interest at conference. I had a heap of magnets to give away and a box of books to sell.

The layout of conference wasn't really conducive to people picking up freebie stuff. And people don't really pick up freebies. So, I grabbed all my courage and I roamed around at morning tea shoving magnets in people's hands.

I don't know why, but I feel like a beggar when I do that. I wonder if I had to beg in a past life, because it's massively uncomfortable for me to face down that fear/discomfort. Actually, it is a fear, because I'm waiting the whole time for someone to yell at me and chase me away - I'm not quite sure who would do this, but it's still that fear in me.

And then I had to leave early, and I had about 60 books that weren't looking like being bought and weren't going to fit in to my luggage restriction for the flight home. What to do!?

I shoved them in unsuspecting hands.

And yes, even giving away a book I still felt like a beggar. I know it's insane. But I did.

I gave away quite a lot of books, facing down all that fear of someone yelling at me.

This week is recovery week.

I love conference, but man it takes it out of me!

I'll try to get post some notes of what I learned next week - my brain might work by then!