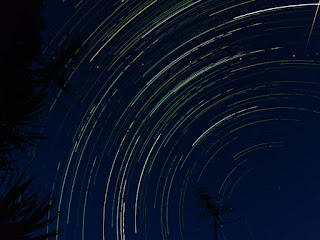 Astrology was one of the first 'alternate' things I was familiar with, I think. I've always known my star sign even if I was in trouble for reading about it! I think the widespread awareness of astrology comes because astrology has always been in mainstream newspapers.

When I was a kid, Dad brought the newspaper home after work. If the stars were for that day, it was mostly over by the time I saw them, so there was no future prediction, which made them innocuous reads - I wasn't having my future foretold.

As I got older, I read more about my sign mostly because I exhibit so many of the traits of my sign. It gave me a sense of being understood. It explained away some of my oddness (compared with others - I was the only one in my immediate family of this sign).

As I got older and mixed with more people and found more people interested in astrology, the signs themselves were only the start of astrology. There were rising signs, full natal charts. It was like a science trying to understand what it all meant, what's more, it was so aligned with astronomy it shocked me.

I love the stars. I love looking up at the constellations, watching for shooting stars, looking at their movement across the sky. I have a tiny understanding of astrology, but there's this whole incredible depth to it that I haven't gone into - and since I think it might take forever to learn it, I might leave that to the experts :)

I do like reading a daily interpretation of what the stars and planets are doing and what that might mean for the energy we feel - that's kind of cool!

I read about astronomy and check out the ISS, and solar flares, comets, moons, galaxies, etc.

The universe is the most incredible space. No wonder we use it to try to understand our place.

How are you with astrology?