In Australia, the news this past week has been filled with the story of a young woman working in Parliament House being raped 2 years ago, and the lack of support she received which ultimately led to her losing the career she'd been working towards.

To add to the horror, 3 more women have accused the same man of raping them, also in Parliament House, before this publicised rape occurred.

A systemic problem is highlighted and reinforced three times over. In our highest place of work--the Parliament. What kind of example does that set for Australian society?

A comment was made by someone on TV about the shame associated with rape. Mr E says, "Surely in this day and age, a women shouldn't feel ashamed of being raped?"

And yes, I get where he's coming from (that rape has less stigma attached to it than 30 years ago when we were young) BUT he waved a red flag at this bull. Poor man. I don't think he ever realises how deeply I think about everything.

And off I go! Actually, I was rather restrained because I had to bite my tongue a little and not spill all the bitterness and anger I've been working my way through over the last decade.

I mentioned sex workers and their treatment during covid. When he wasn't convinced, I brought the example to the personal.

"Look at Cate Ellink," I said. "People still don't want to know she exists. They still don't acknowledge her books, won't talk to her on social media. Why? Because she writes sex. Sex is shameful. That message may be lessening but it's still reinforced in society all the time. And women still get called 'slutty' for clothes they wear. Women still hear that they 'incite men to sex' and other crap. Shame underlies everything about sex. Until we can speak openly about sex, rape will always happen because of the shame associated with the abuse of power and the unwanted sex act itself that women have been conditioned to believe they incited." Maybe I was more mad rambling than that. I'm not good at remembering verbatim!

Rape is an horrific act of violence perpetrated by, in this case, a man in a position of power on a young and vulnerable woman.

Rape can happen in any circumstance, by any combination of gender. It's about power. Abhorrent disregard for another person. It's abuse--physical and emotional.

The conversation, however, became personal. It highlighted how much hurt I still carry about something far less invasive than rape. I have worked through a lot of it, but there are still pangs there. My issues are insignificant compared with those of a rape victim. Yet, I hurt.

It's taken me another 10 years to be at a point where the hurt and anger at people's reactions to my public viewing has lessened enough that I can speak calmly and rationally and not bottle it up in a bitter stew brewing inside me.

Society moves slowly at times--sometimes even more slowly than me! That's because society is made up of individuals, and a large number of people need to work through a change in mindset (or agree with a viewpoint) before the ball rolls on change.

People can't change their mindset without knowing that there are other ways to think.

And to know there are other ways to think, those who think differently need to be publicly vocal. They need to stand tall and proud and give voice to what they know as their truth.

That is terrifying. For me anyway.

To stand in a shitstorm of public opinion, and cop whatever crazy abuse people sling at you, takes a huge amount of courage. I always admire people who can do that.

The young woman who publicly spoke of her rape, and all the people who speak of their assaults, are so incredibly brave, powerful, courageous and thoroughly deserving of my gratitude and admiration, even if that seems paltry and insignificant.

A saying keeps nagging at me - if I won't speak out, who will?

And so I'm making a small blog post here. I spoke a few sentences to Mr E. I stand by my Cate Ellink name and books, proudly (but quietly). It's not enough, but I'm not yet brave enough to do more.

I am a work in progress.

Oh, my poor neglected blog. I'm so sorry I haven't been around. Everything began here, on my blog, but now has morphed onto other sites, platforms, things. My apologies for neglecting my first platform.

Doing Wildlife Wednesday for many years has really focussed my attention on how much I enjoy wildlife, photos, and sharing them with others. It's become my creative focus.

I created Pockets of Joy last year when I was struggling to find happiness. It's been such fun! And later last year, Mr E bought me a digital SLR camera with two lenses. One is a telephoto because I was annoyed at not being able to capture birds very well. Now, it is heaven! So many birds! And watching bird behaviour has been eye-opening, and a complete lesson in patience, focus, and being in the present moment, while watching your surroundings.

What's frustrating is that my skills are lower than my expectations. So, I'm trying to keep improving and challenging myself.

Another frustration is that Mr E isn't fond of my snapping. He tolerates it at best. He shows not a passing interest in the images, even as I stick them under his nose with my excitement spilling everywhere. LOL!

On this past Saturday, we went to a location to check it out and we spent about an hour there - me photographing, him looking around for about 15 minutes and then listening to a podcast while pretending to wait patiently.

On Sunday, we went for a walk, and I left my good camera behind. If I walk by myself, I can come home with 300 photos, with Mr E it's lucky to be 10. So, it was a sensible decision given Saturday.

The Little Terns were diving into the ocean close to the shore, teaching their young. OMG! I had my small camera that doesn't do bird or distance photos, and gets no detail. I was devastated. Mr E had no clue why it bothered me.

Yesterday, I got some Little Terns flying on the good camera. He told me last night I was not to leave the good camera behind again :) Is that a win? 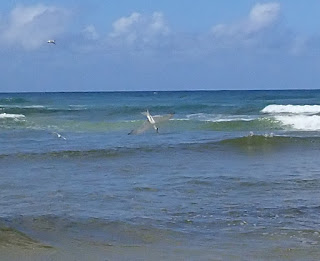 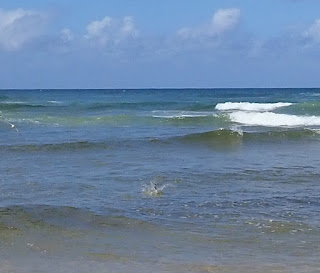 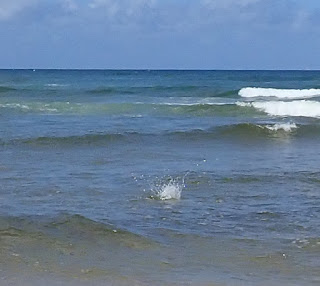 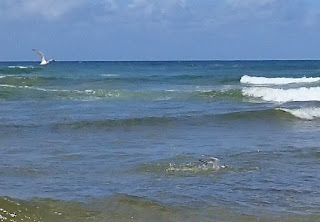 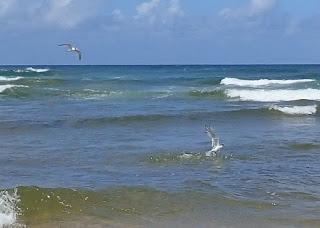 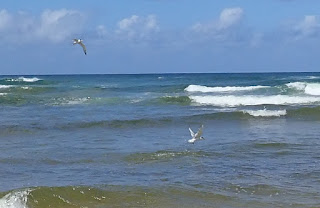 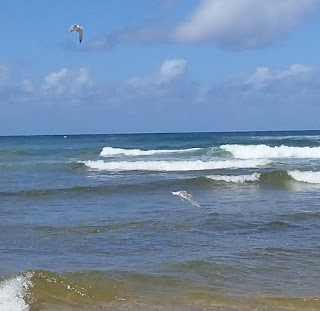 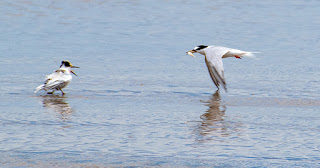 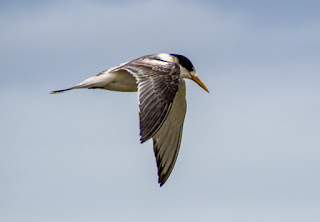 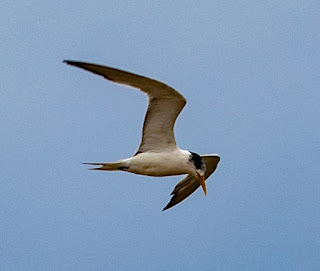 And, I read a sign that told me these were Little Terns. I had mistaken them for larger ones :( But at least now I know! 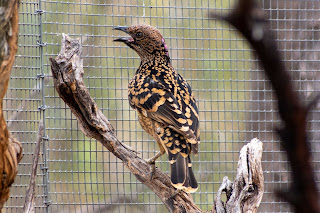 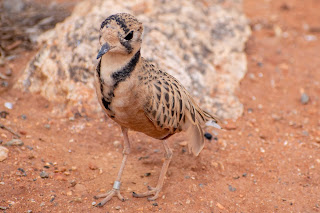 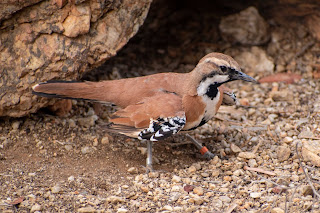